More than 100 people came together Thursday to show each other their “True Colors” as part of the Longview Drug Force’s Whole Village project. “You folks in Longview have something very special and unique going on” facilitator Tony Hill said. “It was an honor to come here.” He led the crowd through the True Colors process, which helps people understand who they are and how they can work with others unlike them. True Colors allows participants to value differences and yet create unity; said Hill, a diversity trainer and community consultant based in Aptos, Calif., near Santa Cruz. Whole Village is a neighborhood project that focuses on children and families in South Longview, said the LDTF’s Dietrich Johnson. Its goals are to reduce crime, violence, juvenile delinquency and gang involvement, he said.

“Community leadership requires us to communicate effectively with people who don’t see the world as we do,” Hill said.

“True Colors creates situations where people make connections that are irrefutable. It’s not a dogma. It facilitates the human process to make those connections and focus on our similarities,” Hill said.

In True Colors, people choose one of four personality cards, each associated with a color. Golds are responsible, oranges are adventurous, blues are harmonious and greens are curious. Participants choose the card they think most represent themselves. “People see a little bit of themselves in each of the cards. We all have that diversity but we’re not taught to value that,” Hill said.

“We found out that we had a lot of things in common. We listed our joys, frustrations and strengths,” said participant Jerry Stanmore. “Everybody that was there, we had the same concerns,” he said. These were the lack of family structure, the lack of discipline and the lack of community participation. “Even though we are different, we are the same. That’s what kind of struck me,” said Stanmore, a member of the LDTF steering committee.

“This is a good way to break down barriers and get people to think differently. It helps people overcome their preconceptions about how people are,” said Paul Paris, executive director of the East Texas Council on Alcoholism and Drug Abuse.

“The primary golden rule for me is the absence of blame and shame,” Hill said. He has worked with a California school district where a group of fundamentalist Christians was unhappy with some district policies. “I try to understand and support and validate their feelings,” Hill said. “These are usually rooted in fear.” People see their world shrinking and are afraid that it will vanish, he said. Hill asks them what will take their fear away. “Fear is false evidence appearing real,” Hill said. People who are fearful create false evidence to justify these fears. People on different sides of the issues are now “working together as a community, even though they were lambasting each other,” Hill said. “I invited the kids to come and observe the process. I wanted the high school students to observe their parents dealing with conflict.”

Conflict can’t be resolved unless all the parties are at the table, not just the people who support one position or the other, he said. All participants must know that their opinions are valued. “People have a real way of responding to being respected and valued. It takes a certain edge of maliciousness off the process,” he said. “We find common ground. We start there and expand it. Then This magical thing happens. These other issues fade away. They certainly have less significance.” Hill said.

To take our online personality assessment to get a small taste of how you can help colorize the world Click Here!

The following is a Q&A interview conducted during the 2019 SHRM Annual Conference and Exposition by... 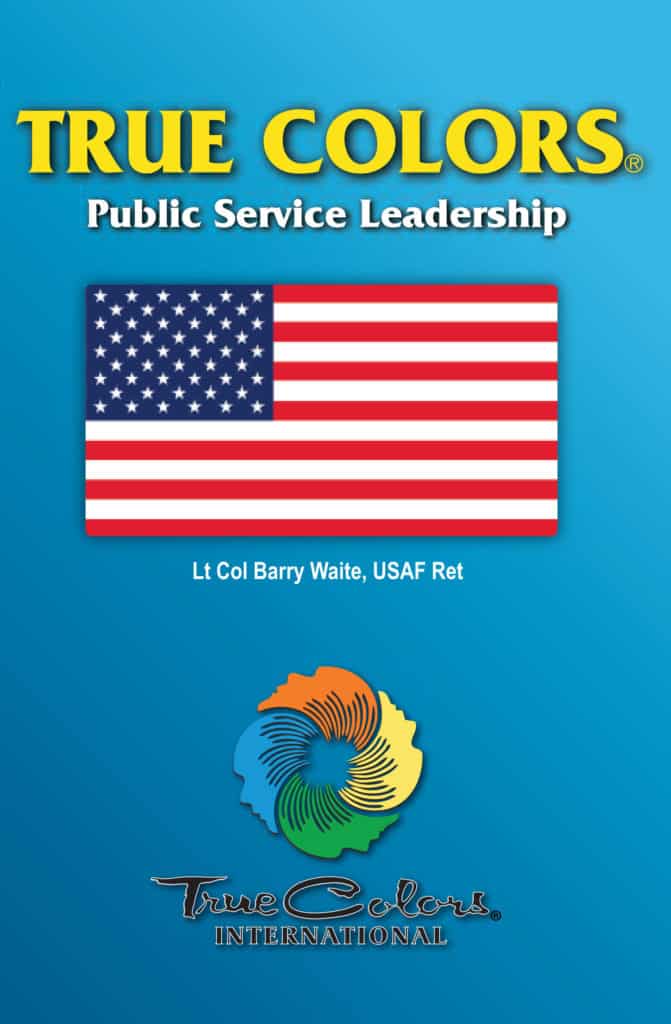 Learn four ways leadership may be sabotaging your workplace culture — and what you can do about it.